This article summarises the main changes that the Amended Law made to the 2004 Law.

Before the Amended Law was enacted, a Luxembourg securitisation vehicle (SV) had to finance the acquisition of the risks that it intended to securitise by issuing securities (valeurs mobilières), and in principle1 the SV could not make use of other sources of financing, such as entering into a traditional loan agreement that was not structured as a debt security. The Amended Law has introduced changes that allow SVs to finance, partially or totally, their activities by entering into contractual types of borrowing (for example, borrowing by way of a loan agreement).

In addition, the Amended Law replaces the reference to ‘securities’ (a term that is not defined under Luxembourg law) in the 2004 Law with a reference to ‘financial instruments’ (instruments financiers), a term that is clearly defined in the Luxembourg law dated 5 August 2005 on financial collateral arrangements.2 The reason for this amendment is to ensure uniform interpretation and more certainty for market participants, especially where the securities issued by the SV are not governed by Luxembourg law.

Active management of debt portfolios: opening the door to CLOs

While the 2004 Law was silent on this subject, in practice the CSSF’s4 regulatory approach was very restrictive with regards to the SV’s management of its securitised assets. The CSSF considered that the SV’s “action must be limited to a “prudent man” passive management”5 and that such management “can under no circumstances consist of either active management of the portfolio aiming to take advantage of short-term fluctuations of market prices and resulting in an ongoing activity of claim acquisition and assignment or (…) a professional credit activity performed by the securitisation undertaking on own account”.6

In light of the current debt market practices and the opportunities that a more permissive approach would offer to the Luxembourg financial services industry, the Amended Law allows SVs to actively manage – directly, or through a third-party manager – a portfolio of assets consisting of debt financial instruments or claims, provided that their acquisition is not financed by the issuance of financial instruments to the public.7

Such a development will further increase the attractiveness of Luxembourg SVs as standalone investment vehicles as well as core parts of wider investment structures that manage debt portfolios. We anticipate that the Amended Law, that allows SVs to actively manage debt portfolios, will put Luxembourg higher on the list of jurisdictions that CLOs managers consider when establishing their European investment structures.

SVs issuing securities to the public on a continuous basis must be authorised by the CSSF.

While the concept of the “issue of securities to the public on a continuous basis” was not legally defined before the reform, the Amended Law now clarifies the conditions under which SVs must be authorized by the CSSF, by adding the following definitions, which reflect current regulatory practice:

The Amended Law allows SVs to grant security interests over their assets in order to cover obligations relating to the securitisation transaction. This broadens the circumstances under which security interests can be granted,9 addressing direct commercial needs of the market while at the same time maintaining investors’ protection. Specifically, the SVs can now grant security to secure obligations of third parties to the extent the security granted by the SV relates to the relevant securitised transaction.

The Amended Law includes a set of rules to clarify the ranking between the claims that holders of instruments issued by an SV may have against the SV. Although these rules apply by default, they may be overridden by specific contractual arrangements between the parties to the securitisation transaction.

More flexibility as to the legal form of the SV

Furthermore, to reinforce the effectiveness of the legal segregation between compartments of an SV, the Amended Law provides that when a compartment is financed by the issue of shares, it is possible to have the accounts prepared at the level of the compartment and such accounts only need to be approved by the shareholders of that compartment.

The changes made to Luxembourg’s securitisation regime have been welcomed by the Luxembourg financial services industry, with the further opportunities and flexibility for Luxembourg SVs that they bring. With the Amended Law permitting active management of debt portfolios, CLOs managers may now consider Luxembourg as a jurisdiction of choice and Luxembourg SVs as a serious option for setting up their European investment structures.

1   Except on an ancillary and/or limited basis.

7   See below on the concept of “issue of securities to the public”.

8   Under the meaning of article 1 of the Luxembourg law dated 5 April 1993 on the financial sector.

9   Before the reform, SVs could grant security interests over their assets or transfer their assets for guaranteed purposes only in order “to secure the obligations it has assumed for their securitisation or in favour of its investors, their fiduciaryrepresentative or the issuing vehicle participating in the securitisation”. 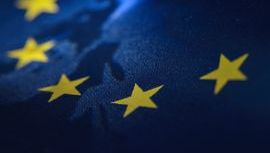 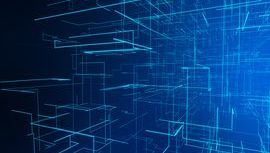 HM Treasury - Response to the review of the Securitisation Regulation 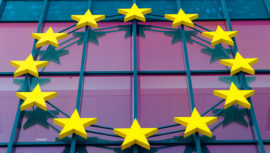 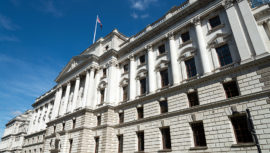 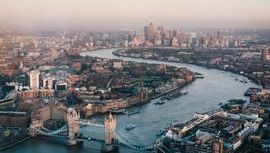