Please join us for our 2017 forum with a double theme of Canada's 150th anniversary and the 375th anniversary of the founding of the City of Montréal (then called Ville Marie).

Our 2017 conference will build on the success of previous years with each edition bringing together equal portions of investors, managers, and service providers.The 2017 Forum will also provide several match-making sessions throughout the day where managers, investors, and service providers will have the opportunity to pre-schedule 20-minute meetings to discuss their companies/services via an online platform and mobile app.

- For more information and to register for ACIF 2018, please click here -

Bhargava was born in Hamilton, Ontario, Canada, and grew up primarily in Long Island, New York.  Bhargava studied at Harvard University, where he received his A.B. in 1996. In the same year, he received the Morgan Prize of the American Mathematical Society for his undergraduate research. He started his Ph.D. studies at Princeton, where he was advised by number theorist Andrew Wiles, famous for his 1995 proof of Fermat’s Last Theorem. In his groundbreaking 2001 Ph.D. thesis, Bhargava reformulated and generalized Gauss's law of composition on binary quadratic forms, with surprising results. Bhargava worked afterwards as a visiting scholar at the Institute for Advanced Study in Princeton and at Harvard University, for one year each, before joining the mathematics department at Princeton University as the R. Brandon Fradd Professor of Mathematics.  He also held the prestigious Aisenstadt Chair at the University of Montreal during the academic year 2005-6.  Bhargava's work has continued to transform his field, particularly regarding the solutions of cubic equations.

Besides the Fields Medal, Bhargava has received numerous other awards and prizes, such as the AMS Cole Prize (2008), the Blumenthal Award for the Advancement of Research in Pure Mathematics (2005), the Packard Foundation Fellowship in Science and Engineering (2004), and the Mathematical Association of America's Merten M. Hasse Prize for Exposition (2003).

Bhargava is also an accomplished tabla player who has performed in concert halls, and is an admirer of Sanskrit poetry.

Managing Analyst and member of the Analytics and Funds Management team

Head of Operational Due Diligence 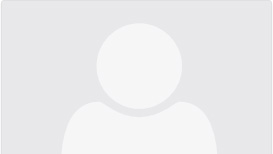 View the agenda & program below:

2 The conference is open only to AIMA Canada/AIMA members in good standing and real money investors.  All pricing in CAD.

3Please be advised that intentions, indications, and interest do not constitute confirmations (invoiced amounts do, however).  We will gladly refund amounts if circumstances change and the AIMA Canada office is notified by June 30, 2017.  Manager registrations will be at 2017 AUM brackets. Pricing is per person, and split badges are not valid (one person on one day, one on another).

4Registrations post Sept 1, 2017 will be extended subject to availability and capacity constraints.

To register or for more information, please contact the AIMA Canada office at info@aima-canada.com or 416-364-8420.