Most alternative investment management firms are able to turn a profit and expand with considerably less than $100m in assets, according to a survey of sub-$500m firms by the Alternative Investment Management Association (AIMA), the global representative of alternative asset managers, and GPP, the boutique prime broker.

The joint AIMA/GPP survey of 135 alternative asset managers globally found that the average break-even point is around $86m, while around a third are able to break even with $50m in assets or less. Break-even was found to be highest among global macro hedge fund firms that responded to the survey ($132m on average) and smallest for alternative credit fund managers ($77m).

The research shed new light on the impact of broader trends and themes on this segment of the industry, such as fee pressures, the impact of post-crisis regulations, demands for ever greater methods of alignment of interests, and the optimum mix between having dedicated in-house staff and out-sourcing.

In terms of management fees, about half said they are charging 1.5% or less. For hedge fund start-up businesses, management fees were found to be around 1.25% on average. In terms of performance fees, about two-thirds of smaller managers said they are charging less than 20%. About three quarters (77%) expect performance fees to remain unchanged over the next year while 11% expect a decrease and 12% expect an increase.

Methods of aligning interests between smaller managers and fund investors were found to be growing. Close to 90% of funds said they have a high watermark – a peak value above which performance fees can be charged. Roughly one-in-three have hurdle rates – a further trigger for performance fees agreed between the manager and investor. And while less common, 8% of smaller managers said their flagship fund provides fee clawbacks to investors under certain conditions.

More than 80% of respondents said they planned to increase their headcount in the next 12 months.

At the same time, the costs of regulation continue to weigh on smaller firms. Almost 90% of respondents said they allocate up to one-fifth of their total expenditure to compliance, with this number expected to increase when firms adhere to MiFID II.

Legal services were found to be the most outsourced function among smaller firms, with only 16% filling this role internally. COO, marketing/IR, risk and compliance functions were found to be more likely to be filled by in-house roles.

AIMA Chief Executive Jack Inglis said: “Our research disproves the notion that only relatively large, institutionalised businesses can succeed in the modern hedge fund industry. We have found that firms can build strong, sustainable and growing businesses with considerably less than $100m in assets. This is good news not only for the future health and well-being of the sector but for investors too, since smaller managers have often been the source of many of the industry’s greatest innovations.”

GPP Director and Head of Prime Brokerage Sean Capstick said: “We believe this is the first comprehensive survey of the next generation of hedge fund managers. Although this group represents two-thirds of the number of funds in the hedge fund universe, their voice is rarely heard. We are excited to have worked with AIMA to research the opportunities and challenges facing this under-represented group, and to be able to help contribute to their growth. After all, this group is the incubator for tomorrow’s ‘billion-dollar club’ and our findings show them to be in good health, definitely alive and kicking.”

The full report, titled ‘Alive and Kicking’, is available on the AIMA website (here). 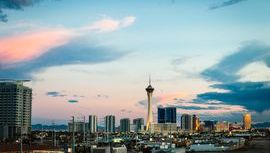 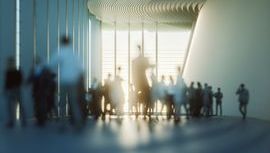 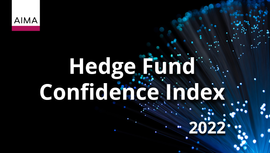 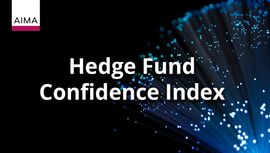