The industry, which manages approximately $600bn in assets[1], has grown 14-fold since 2000[2]. Based on its current growth rate, the sector will reach $1 trillion in assets by the end of the decade, the ACC forecasts.

The “Financing the Economy” report highlighted that small-to-medium-sized businesses remain a dominant feature of the lending market. Around a third (34%) of total committed capital is now being lent to SMEs and the mid-market. Large businesses receive around a fifth (22%) of all lending.

AIMA’s CEO Jack Inglis said: “Private credit has become a permanent feature of the lending landscape and we forecast that the industry will break the $1 trillion ceiling by the end of the decade. Performance across the industry continues to be strong relative to many other asset classes. This has attracted fundraising, as investors hope to capture continued outperformance in the future. The industry continues to deliver flexible deals suited to borrowers’ needs and the success of the sector to date is fuelling its expansion into new markets.”

Dry powder – also known as available capital - is approximately one-third of the industry’s total assets. This is the lowest level it has been for several years and was also considerably higher during the 2000-2008 period, when it was frequently close to 50% of total assets[3].

According to the survey, most private credit activity continues to take place in the US. However, the popularity of the US market is also helping to fuel interest in other markets, as managers look for new growth opportunities. Beyond the key markets of the US and the UK, managers nominated Germany, France and Canada as countries with significant opportunities for lending growth. Meanwhile, regulatory reforms in Europe and Asia-Pacific are supporting the sector as it expands into new markets.

More than two-fifths (45%) of managers say they target loans between $25 million and $100 million in size, with around one-in-five targeting loans in excess of $100 million. Deals are also becoming longer-term investments, with nearly two-thirds (63%) of private credit managers preferring terms of 2-6 years and almost a quarter of them (24%) favouring terms of six years or greater, up from only 8% in 2015.

Stuart Fiertz, Chair of the Alternative Credit Council and co-Founder of Cheyne Capital, said: “As private credit funding continues to have a positive impact on the real economy, the growth of the industry demonstrates how this type of financing is becoming increasingly integral to funding ecosystems globally. For investors too, alternative credit has become an asset class in its own right that provides portfolio diversification and a decorrelated driver of absolute returns. As the industry looks set to maintain this momentum in 2018, the ACC continues to work in support of private credit to ensure it remains a valuable funding mechanism that uses a diligent approach to make quality loans that finance the economy and satisfy investor requirements.”

Gus Black, Partner at Dechert LLP, said: “Private credit funds are increasingly being structured with the borrower in mind – private credit managers are willing to offer greater flexibility and favourable payment options. Growth in alternative credit is good news for borrowers as it presents new and creative ways for them to expand their businesses.” 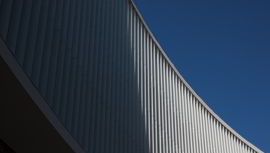 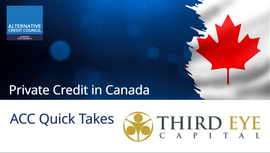