Tokyo’s regeneration as an asset management centre, and Japanese institutional investors’ growing appetite for alternative assets, were among the key themes of the 12th AIMA Japan Annual Forum, one of AIMA’s longest-running events.

The event across two days drew around 250 attendees from Japan and the APAC region, including investment managers, institutional investors, prime brokers and other service provider businesses. It was standing-room only for many of the sessions on 7-8 June 2017.

Representatives from Japan’s Financial Services Agency (FSA) and the Tokyo Metropolitan Government (TMG) Advisory Panel were present. One of the big themes was the revitalisation of Tokyo as a financial centre, highlighted in the closing address by Keiichi Aritomo, Representative Director for JIAM, a group that promotes Japan as a centre for asset management. Recent reforms to corporate governance and stewardship rules were emphasised, as well as efforts to incentivise institutions to diversify away from government bonds into, among other areas, foreign markets and alternative investment funds.

Other keynote speeches were delivered by Jesper Koll, Head of Japan for asset manager WisdomTree (‘Beyond Abenomics: The case for Japan’), and Tokihiko Shimizu, Managing Director, Head of Private Markets Investment at Japan Post Bank (‘An Institutional Investor’s View of Alternative Investments in Japan’).

As someone more commonly based in Hong Kong, it struck me how the FSA and TMG have already made progress in reviving Tokyo as a financial centre. This in turn has generated a lot of interest in Japan’s alternatives space as a whole – including private equity, venture capital and real estate as well as hedge funds. With many of the core building blocks now in place, the mood was very positive about Tokyo’s long-term prospects as a financial hub.

Earlier, AIMA and Eurekahedge released the findings of our fourth annual survey of Japanese and Japan-focused asset managers and institutional investors. The survey (here) highlighted the investments that alternative asset managers are making in regulatory compliance. Our research also found that most investors in Japan intend to at least maintain their current allocations to hedge funds and other alternatives.

As well as a number of discussions around issues facing hedge fund managers, our Forum also included specialist panels and streams on aspects of private equity and real estate investing, reflecting the popularity for the broad alternatives sector in general in Japan. The successful event was rounded off with networking drinks.

The 2018 event is provisionally scheduled to be held in Tokyo on 6-7 June. Watch this space for updates. 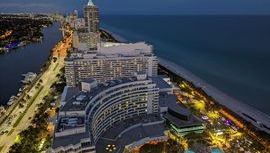 Blockworks - Regulators May Be ‘Speeding Up Their Timeline’ on Cryptocurrencies 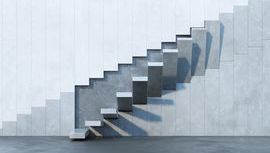 Ep 51. The Long-Short | Inside the mind of an allocator: Making the case for alternatives 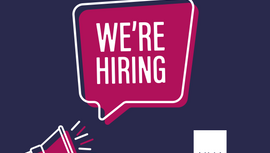