The resurgence in alternative investment funds in Singapore, the impact of new technologies on investment strategies and operations, and the evolving investor/manager relationship were high on the agenda at the recent AIMA Singapore Annual Forum.

The conference, held at the Singapore Exchange (SGX) on 2nd November 2017, attracted the biggest audience for an AIMA (Alternative Investment Management Association) event in Singapore of more than 220 attendees. Many delegates travelled from across the region and further afield to attend the seven-hour programme of speeches, panel discussions and workshops.

The keynote speech was delivered by Bernard Wee (pictured below), Executive Director, Financial Markets Development Department, Monetary Authority of Singapore (MAS), the jurisdiction’s regulator, who stressed a positive growth story across the asset management sector as a whole. 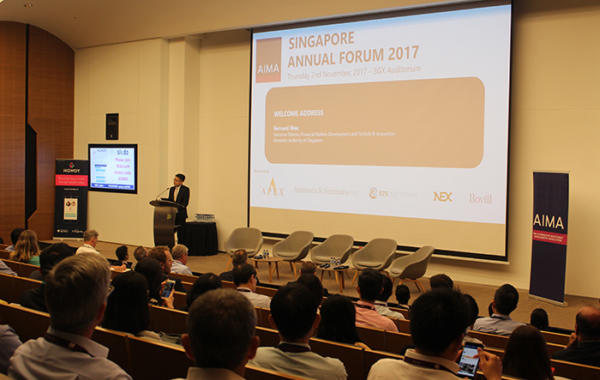 In his remarks, he said: “Total assets under management in 2016 grew by 7% to S$2.7 trillion (US$2 trillion), supported by net fund inflows and improvements in market valuations. The bulk of new money was contributed by the alternatives sector, which grew 17%, more than five times the pace of traditional assets which grew at just 3%.  In particular, hedge fund and private equity assets under management grew by 16% and 14% from previously, to reach S$138 billion and S$152 billion respectively – and made up almost 60% of the alternatives sector in Singapore.”

In a wide-ranging speech, Mr Wee detailed how the industry had evolved over the last 20 years. “We have seen the industry progress from a niche community, to a comprehensive ecosystem consisting of global and local managers in both the traditional and alternative segments. Today, Singapore is considered to be a leading pan-Asian asset management centre. Almost seven in 10 dollars under management are invested into the Asia Pacific, reflecting Singapore’s role as a key node for global managers to understand and manage pan-Asian investments.”

He went on to set out the MAS’ vision for the future of the sector. The MAS, he explained, will seek to position Singapore as a regional one-stop fund management and fund domiciliation hub. It will aim to broaden asset management capabilities beyond traditional core active strategies, to also include alternative, outcome-based and specialised investment solutions. On the demand side, it will aim to deepen the base of global public investors such as sovereign wealth funds and pension funds based in Singapore.

In summing up, Mr Wee said: “The prospects for Singapore’s asset management industry remain bright, especially for the alternatives sector, which by many measures is becoming more mainstream. But being mainstream comes with mainstream problems. We need to seize this moment to prepare for the challenges lying ahead. Managers will need to position themselves strategically to support the sustainable growth of Singapore’s asset management industry, and serve as catalysts for the broader region’s economic dynamism.”

The rest of the event was conducted under the Chatham House rule. There was standing-room only for two pre-Forum workshops, on cryptocurrency investing and Indian market access. Dr Oleg Ruban, Executive Director and Head of Analytics Applied Research for Asia Pacific, MSCI, set out the latest thinking around factor investing and the quest for alpha. The other solo speaker, Nico Torchetti, Senior Vice President, Head of Market Services, SGX, gave an overview of potential trading opportunities in Singapore outside of the benchmark.

The main programme was brought to a close by the Chair of AIMA Singapore, Han Ming Ho, Partner, Sidley Austin, and was followed by a well-attended drinks reception.

AIMA wishes to thank all the speakers for accommodating the Forum in their busy schedules, and to the sponsors for their invaluable support. The Gold Sponsors were Apex Fund Services and Simmons & Simmons JWS. The Silver Sponsors were Eze Software and NEX, while Bovill was the Lanyard Sponsor.

*AIMA’s next large conference in Asia, the AIMA APAC Annual Forum, will be held in Hong Kong on 1st March 2018. Email [email protected] for more information. 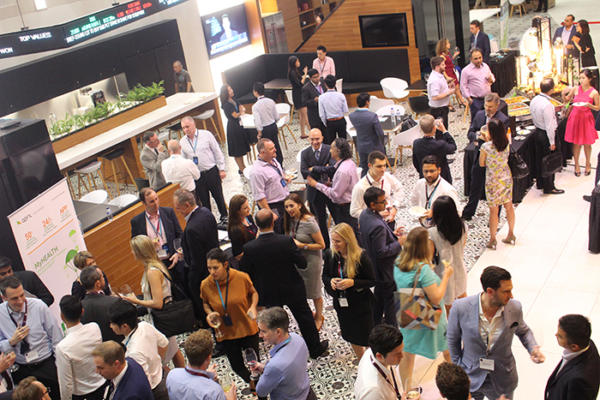 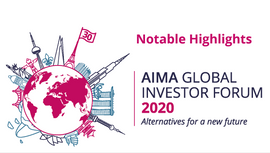 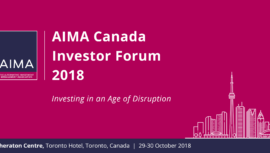 How does responsible investment affect performance? 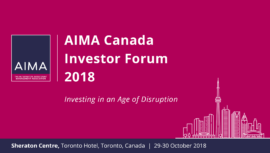 Looking ahead to the AIMA Canada Investor Forum: Cybersecurity - then and now 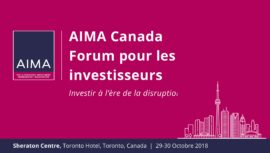 Looking ahead to the AIMA Canada Investor Forum: Marking Fifteen Years in the Six 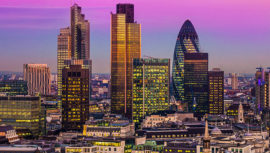 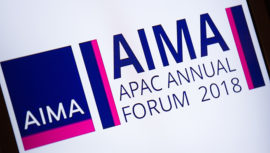 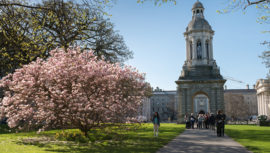 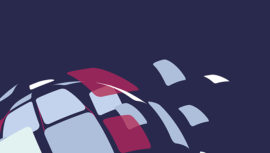 Countdown to key policy and regulatory event - the AIMA GPRF 2018 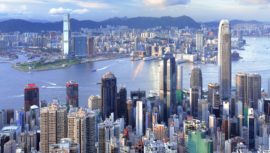