The following is an online summary of this particular AIMA paper

Last year the Alternative Credit Council and Deloitte published “Financing the Economy”, a paper that provided an introduction to the quiet revolution taking place in the way finance is secured. With additional regulatory pressure on their balance sheets, the report concluded that banks were withdrawing from many businesses and alternative lenders stepped up to fill the financing gap. This year, the reach of our participants has been extended to a more global perspective and focused on the value alternative lenders deliver to borrowers and investors.

While the US continues to dominate in terms of size and activity, Europe has made great strides in opening up to direct lending. For example, it is now possible for funds to lend in both Germany and Italy, with France and many others soon to follow suit. After the UK voted to leave the EU, the European Commission President Jean-Claude Juncker stated that Mr Dombrovskis, the new European Commissioner for Financial Stability, would ensure continuity of the Capital Markets Union initiative. Both AIMA and the Alternative Credit Council will engage with UK and EU authorities to ensure that the transition does not disrupt the development of deeper and more diverse capital markets in Europe at large.

The benefits of alternative finance are clear. Not only are their businesses streamlined and specialised enough to move quickly on behalf of borrowers, they also do so in a way that is beneficial for overall financial stability. The new data shows that levels of fund leverage continue to be negligible and the closed-end structure of the funds means that borrowers will have access to a stable source of long-term finance. This is because investors cannot ask for the return of their monies until the underlying investments have run their course.

Alternative lenders operate in a highly regulated and sophisticated industry where investors ultimately bear the risk of their decisions. They retain hold of the assets they generate and manage. Further, they owe fiduciary duty to their investors resulting in a greater alignment of interests where they are remunerated when they both succeed.

Nonetheless, they continue to be impacted by a range of restrictions leaving them to operate in a more challenging environment. The role of capital markets should be to provide risk capital to the economy. Removing structural barriers over the ability to originate loans outside the banking system will increase diversity of credit markets and enable alternative lenders to provide better outcomes for consumers and the wider real economy.

What is private credit?
Private credit is credit that is extended to companies or projects on a bilaterally negotiated basis, it is not publicly traded such as many corporate bonds and is originated or held by lenders other than banks. It takes various legal forms including loans, bonds, notes or private securitisation issues. Private credit encompasses various strategies including real estate debt, distressed debt, direct lending, mezzanine financing and structured financing.

What is driving growth in the private credit market?
The main driver of this growth has been twofold. Firstly, the retrenchment of banks from some lending markets following their failure and rescue by governments in the major world economies. Secondly, alternative lenders who provide private credit have now developed sophisticated, streamlined processes tailored to the lending market. They have been able to offer an alternative to traditional lending that is highly flexible, able to be structured in a complex manner and comparatively fast-paced. Furthermore, investors have also been attracted to the strategy as a means of increasing yield from their fixed income allocations.

Where and for what purpose is financing being extended?
Among the most popular borrowers of private credit are midmarket companies or real estate developers. Typically, they are too small to raise financing through the public corporate bond market and have also been negatively affected by the ongoing stresses in the banking world. Borrowers are using the loans for a variety of purposes – all of which are vital in their respective developments. Pursuing acquisition and expansion plans, improving working capital and refinancing are all common uses of this finance.

Who are the alternative lenders?
A large number of private credit firms are made up of industry professionals with banking, private equity, hedge fund and traditional asset management career backgrounds. Their expertise and knowledge of local capital markets has led them to develop businesses tailored to providing finance to the economy. Some have a real estate focus, others are sector specific while some focus only on markets and transactions of specific sizes.

Cheyne Capital finances real estate initiative
Cheyne Capital provided an investment loan of £22.35 million to the Fusion Group for the conversion of a 15-storey office building in Bristol known as Froomsgate House into student housing. The funds helped Fusion Group finance the acquisition and will finance the planned development of the property into student accomodation with at least 438 beds. The development will benefit the students of Bristol, where the rent per bed is one of the highest in the UK.

Kreos supports UK company through long-term growth plan
Kreos Capital provided three stages of financing to a UK consumer internet company to support its European expansion. Kreos initially provided an €8 million loan to finance the company’s acquisition of a business in another European country. Furthermore, Kreos supported the business with two further rounds of financing, €4 million and €5 million respectively, staged over time to correspond to the business’s developing cash needs. The company benefitted significantly from the speed of execution of the deal, as on the initial transaction, within a month they were able to move from term sheet to financing the purchase.

Aviva refinances portfolio of renewables
A green energy company has received a £70 million refinancing deal with Aviva Investors. The funds will be used to refinance a 60MW portfolio of operational wind and solar parks across the UK and also help the company increase its green energy portfolio to 100MW over the next 18 months.

Muzinich funds national security provider
Muzinich provided a £25m 6 year senior secured loan to Securus Group, a national provider of electronic security and life safety systems. The refinancing of existing borrowings will allow the company to pursue their growth strategy through a financing which does not amortise and provides committed acquisition financing. The process was completed alongside the Royal Bank of Scotland Structured Financed team, who provided revolving working capital credit.

KKR invests in UK packaging company
KKR has invested €100 million into UK packaging company Petainer UK Holdings. The investment will be used to assist in the refinancing of the company’s capital structure and to grow. Petainer provides sustainable packaging for consumer goods such as alcoholic beverages, soft drinks, water and sauces.

Babson refinances UK firm
Babson Capital co–arranged a £90 million refinancing package to a UK Business Services firm in March 2016. The deal, completed in partnership with a small club of traditional banks, is for a strong performing pension consultancy business. The result is an improvement in the efficiency of the capital base by replacing expensive equity with debt and increased the flexibility in terms of covenants for the borrower’s operations.

Ares supports growth of pan-European technology firm
Ares provided an initial £33 million loan for acquisition facilities to Claranet, a pan–European business based in London, who manage hosting and network facilities. Following that success, a further £92 million was extended on a co– financing basis alongside a banking institution, who were the minority debt holder. Over the last three years, the group has increased its total headcount in the UK and the EU from 500 to 1,000.

Macquarie invests in renewable energy
Macquarie Infrastructure Debt Investment Solutions has provided a £106 million loan to a renewable energy company based in the UK. The funds will help refinance a portfolio of 12 operational UK solar assets generating just over 99MW.

CQS loan vehicles support automative industry
TI Automotive, who produce fluid storage, carrying and delivery systems for many of the world’s major automobile manufacturers received CLO financing from CQS alongside a broad syndicate of lenders. The business is based in the UK but employs more than 23,000 individuals in 125 locations across 28 countries.

*Case studies were either provided directly by participating alternative lenders or from Private Debt Investor. 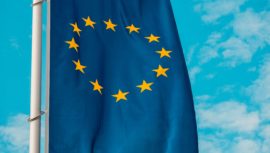 Private credit through the pandemic and beyond 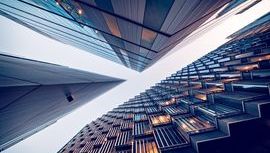 Interest in private credit remains strong, according to ACC/PCFI survey 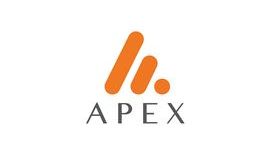 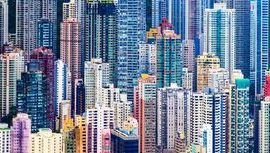 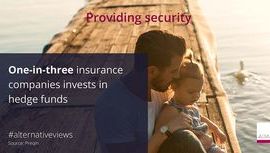 Response to UK review of Securitisation