In “The Intelligent Investor in an Era of Autonomous Learning”, Jeffrey Tarrant delineated the concept of Autonomous Learning Investment Strategies (ALIS), the new AI and data-driven strategies he argued would disrupt today’s fundamental and quantitative managers.  This was followed by an article I wrote, “What a long strange trip it’s been...on ALIS”, which explained the best and worst traits of ALIS managers.  This brief article is called “Think Twice, It Ain’t Alright...ALIS Clarified”, repurposing the title of Bob Dylan’s 1963 song, “Don’t Think Twice, It’s Alright”.

For those familiar with our earlier works, we continue to borrow our papers’ titles from the counter-culture, because we see ALIS managers as being akin to a counter-culture that is springing up from universities (as the original counter-culture did), public and private thought-leading technology companies, and to a lesser extent from the world’s top quantitative firms.

The catalyst for this paper was a recent news article naming hedge funds that were the most advanced in using artificial intelligence.  The article, like similar articles preceding it, listed some of the “top” AI funds.  The reader may be tempted to think these funds share a fundamental similarity to ALIS.  The list was a “who’s who” of well-known funds, but the vast-majority were NOT ALIS managers.  They were what we would refer to as academic finance, traditional quant firms, Quant 1.0 or old school CTAs, trend followers.

So what does an ALIS manager look like? An ALIS manager is typically a small emerging manager, though over time there will, of course, be larger, established ALIS managers.  These managers are usually run by a PhD or two and have been launched within the last 5 years, though some much more recently and a handful marginally longer ago.  They are person plus machine, where the PhD(s) create a fully autonomous system that uses unstructured non-financial data, data science, record-low processing and storage costs, and machine learning that is constantly improving based on incremental data.

Of the 200 or so ALIS funds we have identified and met (of which only a fraction is listed in industry databases), we are only aware of literally a couple, as in two, ALIS funds running more than $1Bn.  A very small number are running in the hundreds of millions, and the vast-majority are running sub $100Mn.  ALIS managers are not what we refer to as “Alpha Hogs”.  They don’t feel a divine right to charge fees at the rate of 2&20 or far more.  In fact, some are at 1&10 and many others are at 1/10/20, a fee structure we created and detailed in a paper we wrote and which was published by Pensions & Investments.  (To briefly explain, 1/10/20 are 1&10 fees at net returns below 10% and 1&20 fees at net returns on all assets provided that the investor achieves a net return above 10%, an ideal alignment of incentives, and more net returns for investors.)

Why do we say Think Twice, It Ain’t Alright?  It’s because there are managers that may seem to be like ALIS or may represent themselves as such, but are not.  Why is this?  Artificial Intelligence and Machine Learning are the buzzwords of the day, and we believe rightfully so.  For example, we currently are working with the World Economic Forum on a research paper they are writing on The Fourth Industrial Revolution, the impact of artificial intelligence on Financial Services.  As we have stated in prior papers, due to factors such as machine learning now working well after having been around for nearly 70 years with various disappointing fits and starts, the record growth and types of data which is available, the ability of data science to cleanse, normalize, parse and organize the unstructured data and lastly the record low processing and storage costs, we do agree - AI is the Fourth Industrial Revolution.

Why are they not ALIS?  To put it simply, they are legacy firms.  Let us clarify.  Legacy firms are large, established firms that have often been around for a decade, sometimes even multiple decades.  They typically have hundreds, and in some instances over 1,000 employees.  They may have their own in-house servers and storage and often maintain multiple offices around the world.  They are systematic and generally rely on either academic finance, i.e. fundamental data, and/or old fashion technical models, such as trend following and/or mean reversion, i.e. linear regressions, and price/volume data.  These firms often are very large in terms of AUM, i.e. minimum $5Bn, and often range from $10Bn to over $100Bn AUM.  They don’t typically use much if any alternative, unstructured or nonfinancial data.

In light of what are usually 2&20 fees, and even 3&30 fees, these firms are often Alpha Hogs.  We are aware of one of these non-ALIS firms, a traditional old school quantitative finance manager, admittedly with a superb long-term track record, who was up last year approximately mid-teens.  After 3&30, the net return to investors was approximately HALF of the gross return!  Similarly, in light of what are often high and sometimes egregious fees, these managers are extraordinarily profitable.

Even worse for investors, some of the largest, most successful legacy firms save the best alphas, highest frequency, most scarce capacity and therefore highest returning alphas, strategies and funds for the founders and employees.  Even if one were willing to pay Alpha Hog fees, the funds could be hard closed to external investors.  The funds that are open to investors can be the antithesis of these hidden gems.  The open funds are typically lower quality alphas, lower frequency, not capacity constrained and therefore lower returning alphas, strategies and funds.  The closed funds typically derive 100% (or near) of their returns from idiosyncratic alpha, whilst the open funds typically are factor, risk premia or alternative beta driven.

Less knowledgeable or sophisticated investors may not even know this is transpiring as these firms often keep the track records of these high returning, high alpha funds confidential.  It would be akin to thinking that because Volkswagen owns Rolls Royce, buying a Volkswagen is similar qualitatively and technologically to the Rolls Royce.

Let’s go back to how the teams compare.  The traditional quantitative firms typically have many PhDs; however, sometimes these PhDs are in economics and finance.  This contrasts with ALIS managers whose PhDs are often in Machine Learning, Robotics, Particle Physics, Applied Expert Systems and other scientific fields that are accustomed to dealing with immense amounts of data and separating out the signal from the noise.

Shifting gears to CTAs, we have met with some large and successful ones who say they are using AI and Machine Learning terminology in a manner suggesting ALIS.  Almost consistently, we see the same phenomenon – they have a PhD or sometimes a few PhDs focused on machine learning.  They have unstructured non-financial data in a research phase, though it is not used in production.  Each time, when our PhDs in mathematics, machine learning, data science and robotics met with their PhDs, we came to a similar conclusion: immaterial ALIS usage.

This is not surprising.  They have a or ‘the’ legacy problem.  They are built on old technology, often with monolithic immense models.  They use the Henry Ford, early 20th century production technique where each quant or PhD only works on a very small percentage of the model, trading, execution, alphas, risk management, a particular strategy, asset class or security.  It is not in the management firm’s best interests for any PhDs to know the whole system soup-to-nuts for fear of a departure and subsequent replication of the system, thereby purloining or crowding out the mother ship’s alpha generation.

Similarly, we would pose the question: if they built these firms today, would they really own all of their own storage and processing power, which depreciates and becomes uncompetitive at the rate of Moore’s law?  Or would they rather use one of the oligopolistic cloud computing firms, such as Microsoft, IBM, Google or Amazon’s solutions?  They already have a large in-house team who is not incentivized to suggest making their roles obsolete in the name of cost, efficiency or process power and speed, thereby becoming unemployed in the name of the greater good of the management company and investors.

And at the extreme, even if these firms did believe that the right thing to do would be to acknowledge that ALIS is the disruptive future to existing systematic, quantitative or trend following firms, what could they really do?  Would anyone be so altruistic to say, “We have a legacy system.  If we could build this systematic firm over today, we would fire most of our existing staff, close our multiple locations, shift to the cloud, use unstructured non-financial data, machine learning, not regressions or traditional academic finance, and return the capital to investors in the interim until we have accomplished this.  Then we would need to build a track record to prove that we have gotten it right.  This would take at least a year, possibly two to three years, to convince investors.  We will give up 2&20 or 3&30 fees in the interim, and then re-launch at 1/10/20.”

A true ALIS firm has no such conundrum or dilemma.  It is, by definition, relatively new and for the aforementioned reasons suffer from none of these legacy issues.  In summary, our recommendation to ALIS investors is to make sure there is at least one if not more PhDs in an ALIS related field evaluating managers.  As the old Russian proverb goes, Trust but Verify.

We have titled this article “Think Twice, It Ain’t Alright...ALIS Clarified” because, though many of the world’s leading quantitative and CTA investors may seem to be going in the same direction as ALIS, only after an investor Thinks Twice and does a deep research dive can it be realized that It Ain’t Alright, and that some managers are merely selling investors what they want to hear; not what they actually are delivering.

That said, there are what we believe to be world class ALIS investors out there, if one is willing to devote the time, effort, research and resources to go around the world finding them.  And when we find these top ALIS managers, it is akin to watching our favorite six hour Richard Wagner Operas; time goes by at hyper speed and it is similarly sublime.  The ALIS managers, like the Wagner operas, are Gematkunstwerk; total and ideal works of art.

The information in this document has been obtained or derived from sources believed by the author to be reliable, but neither the author nor MOV37 represents that this information is accurate or complete. The author is a member of MOV37, a registered investment adviser. The views expressed are those of the author at the time of writing and are subject to change. This material has been distributed for educational/informational purposes only, and should not be considered as investment advice or a recommendation for any particular security, strategy or investment product. Past performance is not a guarantee of future returns. As with any investment vehicle, there is a potential for profit as well as the possibility of loss. 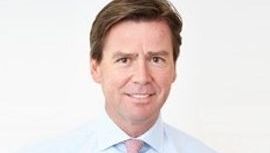 Looking ahead: A review of FCA and SEC priorities, and what to focus on in 2022

The two pillars of AEOI compliance: What you need to know to be in scope

The war in Ukraine: Seeking redress through investment treaty claims

Walking the walk on ESG: Mitigating greenwashing risk on the path to investing sustainably