Is operational resilience the regulatory buzzword of 2022? Definitely maybe. Or should it be corporate bouncebackability? What’s the story and why can it deliver value?

All individuals and firms have had to develop some form of resilience in recent years. A key reason so many global regulators are focusing on this is because they want us, the financial industry, to be better prepared for what will happen in future, to prevent undue consumer harm, maintain market integrity and the ongoing viability of the firms, such as those of you reading this piece work for. I have used the word will deliberately because exogenous shocks will take place. This is an important nuance to recognise vis-à-vis the long-established world of stress and scenario testing in the world of risk management. Stress and scenario testing contain probabilistic elements (if), which bring with them potentially significant uncertainty. However, when thinking about corporate bouncebackability, future disruptive events must be treated as unavoidable (when).

As a simple illustration, there are several overlapping themes in the articles I have already referenced and what global regulators have published:

So how can corporate bouncebackability provide value?

Initially, it is about firms being prepared for change across all businesses/departments. Being prepared means adopting a more heterogenous approach.

By adopting such a diversified approach, firms will become more agile and therefore react more positively to change. Also, it means that firms are less likely to be subject to correlated deficiencies across the firm, which, when aggregated, can lead to systemic failure. Having that level of preparation can bring short-term and longer-term benefits to firms.

In the short-term, the value of having corporate bouncebackability allows firms to:

In the longer-term, having corporate bouncebackability allows firms to:

That last bullet point is arguably the most crucial, as this is where the evidence may be most easily seen. By demonstrating consistently strong corporate bouncebackability (especially during times of exogenous shock), investors may be more willing to redeploy their capital to such firms because of their faith in such firms to not only recover quicker from the initial shock, but also outline a clear long-term plan for continued success built on the firm’s corporate bouncebackability plans.

We cannot expect a let-up on the regulatory front in this area, so firms need to be thinking about this if they have not already. Having a concrete understanding of how to minimize the impact of a disruption to your external stakeholders and the broader economy, knowing where your firm’s weaknesses lie, and developing your foundational elements (such as the four themes I mentioned earlier) will help your firm recover more quickly and provide a platform to emerge from any crisis in a stronger position. As the world begins to open again, it may become easy to forget how we have adapted or to treat this adaptation as temporary in the pursuit of returning to normal but adopting these plans can provide value even after crises have ended.

1 Bouncebackability was allegedly first coined in a sporting context in the world of football (soccer) by Iain Dowie, who was then the football manager of Crystal Palace, when describing the comeback his team had made from contesting a relegation dogfight to getting promoted to the Premier League at the end of that same season (2003-04). For full disclosure and the avoidance of bias, I am a life-long West Bromwich Albion fan (Baggie)!

Why the cloud is critical to business continuity management 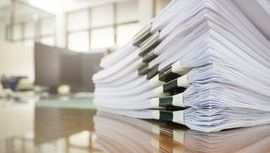 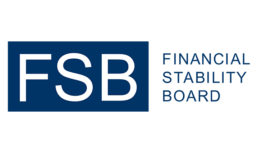