Dechert’s financial services team recently presented a seminar in London, during which panellists provided insights into “What’s New in Asia”. Topics included: the growing opportunities for foreign asset managers seeking to attract Asian investors; recent changes in the way funds can be offered into Asia; and developments in Mainland China to stem capital outflows while encouraging inflows. Some key takeaways from the panel discussion, which focused on recent updates in Mainland China, Hong Kong and Singapore, are summarised below.

Asia continues to provide a growing source of capital for fund managers generally, with many Asian investors seeking to increase their exposure to a wide range of alternative investment classes and strategies in an attempt to diversify their portfolios and obtain higher returns. While Asian investors have traditionally favoured locally focused funds and many continue to view Asia as offering better investment opportunities than elsewhere, there seems to be a heightened appreciation –

particularly among investors in China, Japan and South Korea – of the benefits afforded by a globally diversified portfolio. In a similar vein, although some Asian investors prefer to invest in “brand name” funds or management teams with whom they have an existing relationship, there has been an increasing willingness to consider first-time funds and smaller/mid-market managers where investors anticipate favourable opportunities.

The Asian investor base

Alongside other typical types of fund investors in Asia, one key trend in recent years has been the emergence of Asian insurance companies (in particular from Mainland China and Taiwan) increasing their allocations to alternative investments following the easing of certain regulatory restrictions applicable to investments in offshore funds. Accepting such insurance companies as investors presents various challenges, which include: (i) compliance by the fund with the relevant regulatory requirements; (ii) local regulatory and exchange control approvals to be obtained by the insurance company prior to investing offshore; (iii) regulatory restrictions on the percentage of capital that may be allocated to alternative investments; and (iv) ongoing reporting requirements to which the manager may become subject. Nonetheless, this trend could prove to be a significant development given the large potential source of capital that this group represents.

As experienced in Europe and the United States, family offices in Asia are becoming increasingly sophisticated – seeking to invest into more deals directly, either alone or as part of a platform of multi-family offices, with some even exploring setting up their own funds with the aim of eventually managing third party capital.

It is common for private funds (e.g., hedge, private equity, venture capital) managed by Hong Kong-based and Singapore-based managers to be structured as Cayman Islands-domiciled funds – the structure with which Asian investors are most familiar. Singapore-domiciled funds or investment holding companies are also sometimes used, but this structure is typically driven by tax reasons (i.e., to take advantage of Singapore’s wide network of double taxation treaties in respect of a fund’s downstream investments). UCITS remain popular in Hong Kong, but the large majority of funds that are authorised by the Hong Kong Securities and Futures Commission (SFC) for retail distribution are structured as Luxembourg-domiciled and Irish-domiciled UCITS. Luxembourg, UK and Irish fund vehicles are also becoming more familiar to Asian investors in the private credit funds space, as these typically offer tax-efficient structures for credit strategies.

Nevertheless, a growing number of funds are being structured as Hong Kong-domiciled unit trusts, due to the eligibility requirement under the Mainland-Hong Kong Mutual Fund Recognition Scheme (Scheme) that SFC authorised funds seeking to be offered into Mainland China pursuant to the Scheme must be domiciled in Hong Kong. Currently, under Hong Kong law, open-ended funds may be established only as Hong Kong unit trusts, as the Companies Ordinance[1] has restrictions on capital reduction and distributions. In Singapore, the Companies Act[2] has similar restrictions, which do not allow a locally domiciled fund to be structured as an open-ended fund company.

Recent developments in Hong Kong, however, may make Hong Kong a more attractive investment fund jurisdiction in the future. The Securities and Futures (Amendment) Ordinance 2016 (Amendment Ordinance) – which proposes to provide a legal framework for the incorporation and registration of open-ended fund companies – was gazetted on 10 June 2016. The commencement date of the Amendment Ordinance has not yet been announced and the SFC is likely to issue more detailed operational guidelines in due course.

In March 2016, the Singapore government announced the proposed introduction of a Singapore variable capital company. However, further details in relation to this development have yet to be issued. These developments may be important, since Mainland Chinese regulations for cross-border initiatives tend to require a locally domiciled entity as an eligibility requirement (including under the Scheme and the Renminbi Qualified Institutional Investor (RQFII) program).

Generally, there are two main ways to offer funds into Asia: (1) registration of the fund with the local regulator for retail distribution; and (2) use of local private placement regimes.

In Asia, there are a number of initiatives that facilitate the cross-border offering of funds in other participating jurisdictions. For example, the Scheme (as discussed above) allows funds to be offered between Hong Kong and Mainland China on a bilateral basis. Further, on 2 December 2016, the Hong Kong SFC and the Swiss Financial Market Supervisory Authority signed a Memorandum of Understanding on Switzerland-Hong Kong Mutual Recognition of Funds and Asset Managers. This will allow eligible Swiss and Hong Kong public funds to be distributed in each other’s market through a streamlined vetting process.

From a multiple cross-border perspective, the ASEAN Collective Investment Scheme Framework is an initiative that permits funds authorised in one participating jurisdiction to be offered in another, via a simplified registration process. Currently, Singapore, Malaysia and Thailand are participants in this initiative. Another multiple cross-border initiative is the proposed Asia Region Funds Passport, which is expected to be implemented at a later date.

Even if a fund is offered on a private placement basis, certain jurisdictions may have regulatory requirements in relation to the offering of foreign funds into such jurisdictions (e.g., the intermediary offering a foreign fund may need to be suitably licensed/registered to be able to carry out any marketing activity onshore). In particular, in Hong Kong and Singapore, the local regulators (the SFC and the Monetary Authority of Singapore, respectively) require an entity to be appropriately licensed before it may carry out (or hold itself out as carrying out) regulated activity in that jurisdiction (this includes the activity of “dealing in securities” – e.g., marketing funds).

It is important to note, however, that any funds offered to the general public will nevertheless require authorization by the relevant regulator for retail distribution.

It has been difficult historically for offshore managers to raise money from Chinese investors, due to the hurdles posed by various domestic PRC regulatory approvals as well as currency exchange control regulations. However, as discussed below, a gradual liberalisation of the rules over the past decade has opened up new channels for Chinese investors wishing to invest offshore.

The Qualified Domestic Institutional Investor (QDII) regime introduced in 2006 allows eligible Chinese financial institutions to invest capital from domestic investors offshore into approved investments, subject to the QDII obtaining approval from the Chinese Securities Regulatory Commission (CSRC) and a quota from the State Administration of Foreign Exchange (SAFE). However, this regime is primarily limited to the offshore secondary market, and is therefore limited in scope.

In 2012, a relaxation of the regulations governing Chinese insurance companies resulted in such companies being able to invest in a wider range of offshore products (including real estate, private equity and hedge funds). The same year, the Qualified Domestic Limited Partnership (QDLP) scheme was launched, enabling offshore managers to establish onshore feeder funds in certain pilot cities in China in order to pool capital from domestic Chinese investors for investment into approved offshore asset classes (including hedge and private equity funds) not otherwise permissible under the QDII regime.

A new Qualified Domestic Individual Investor program (QDII-2) was proposed to be introduced, which would allow wealthy Chinese individuals to directly invest in offshore markets. However, following the Chinese stock market rout in 2015 and the general slowdown in the Chinese economic growth rate, QDII-2 appears to have been put on hold; quota allocations under both the QDII and QDLP schemes have been largely suspended, as the Chinese government focuses on controlling capital outflows and reviving the domestic economy.

In contrast to the Chinese government’s efforts to stem the outflow of funds from Mainland China, it has been actively encouraging the inflow of funds from foreign investment. In particular, there have been increased efforts to further internationalise the RMB by relaxing the regulations applicable to existing investment access routes and introducing new initiatives to encourage foreign investment into the Chinese markets.

The two traditional routes for foreign investment into Chinese securities and bonds are the Qualified Foreign Institutional Investor (QFII) regime and the RQFII regime. Changes to significantly relax both the QFII and RQFII regimes were announced in February and September, respectively, 2016. For example, the introduction of the concept of a “basic quota” will now allow QFIIs and RQFIIs to apply for an investment quota within this basic quota without requiring SAFE approval (i.e., only a filing with SAFE will be required).

The past year has seen a number of significant developments in Asia. In the coming year, the availability of more locally domiciled fund vehicles (e.g., the Hong Kong open-ended fund company, the Singapore variable capital company) will be a much anticipated development. Asset managers focused on attracting Asian investors or considering investing into Asia may wish to monitor how the Chinese government continues to seek to strike a balance between managing outflows (in particular, whether quota allocations under the QDII and QDLP regimes will be resumed) and encouraging inflows (e.g., relaxing the rules for QFII and RQFII, extending cross-border stock connects, and extending mutual fund recognition schemes to other jurisdictions). 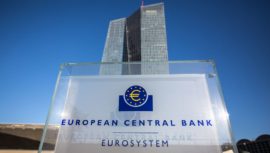 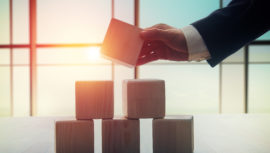 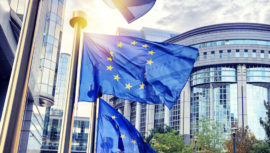 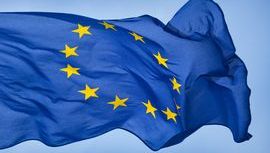 ESMA reports on penalties issued under AIFMD and UCITS Directive