Many providers, when discussing the appointed representative (AR) concept, use the terms ‘regulatory hosting’ and ‘regulatory incubation’ as though they are synonymous. However, there is a fundamental difference in value and approach between these two concepts and it’s important to understand this before starting down the route of seeking an appropriate principal firm. As we will see, the difference also has wider implications for the future of the industry itself.

‘Regulatory hosting’, although now a widely used term, only came into use in 2012. It refers very simply to the relationship of a principal Financial Conduct Authority (FCA) authorised firm (a principal) appointing another firm or individual as its AR, subject to approval by the FCA. The AR can then undertake specific regulated activities, using its principal’s authorised regulated approvals, but within the further restriction that it can only ‘arrange’ and ‘advise’.  No AR can ever manage funds or hold client assets.  The principal is responsible to the FCA for the AR’s conduct and regulated activities.  The ‘hosting’ term implies a stable relationship with no real growth or development — the AR is literally ‘hosted’ on an ongoing basis by the principal.

However, the original term for the concept of the AR outside the insurance world was in fact ‘regulatory incubation’ — this term was coined by Seonaid Mackenzie (founder of Sturgeon Ventures LLP) who chose the name for its wider connotations of ‘incubation’ versus ‘hosting’.  The term ‘incubation’ implies growth and development within a protected environment. The approach here is that the AR, once appointed and FCA-approved, does not merely make use of the principal’s scope of approved activities with associated monitoring but is also actively prepared for the time when it becomes, if it so chooses and is approved, a directly authorised entity. In this incubatory approach, the principal will seek to ensure that the AR’s practices and approaches are readied for the post-authorisation challenge of direct authorisation, in terms of compliance, risk, bookkeeping, record keeping and internal monitoring of staff activities.

This approach enables the AR both to (i) rely on the principal’s support and guidance and (ii) identify and resolve issues and requirements before it comes under direct FCA supervision itself. The principal also works with the incubating AR to ensure the key requirements for achieving direct authorisation, such as business plans, management accounts, clear websites and bios, and a strong compliance framework are all in place.  The regulatory requirement that all data collected by the AR is the principal’s—to be held by the principal or accessible on demand—becomes a benefit, in enabling the principal to provide top-to-bottom understanding, monitoring and support — so avoiding issues before they arise. Then, when the incubated AR is finally authorised, it is ready for its new regulatory responsibilities, with its risk of being fined (or worse) for errors or failures much reduced.

With a reputable principal, either simple “regulatory hosting” or the more supportive and nurturing approach of “regulatory incubation” will both enable a new AR to access the market without the time-consuming and substantial financial, staffing, compliance, and bookkeeping demands of obtaining a full FCA authorisation.

The AR model reduces the time to market access significantly since the FCA’s requirements for approval of an AR are much simpler and thus approval is quicker than for any full authorisation — there may be a difference of many months.  From an ongoing angle, being an AR is also significantly cheaper than being a directly authorised firm, with all the associated capital, compliance and risk-related requirements and FCA fees.  Both approaches also enable the AR to access the in-house compliance and risk support of the hosting principal, thereby allowing the new firm to concentrate on developing its business.

However, the “regulatory incubation” route not only allows the AR to access all these positives but also supports it through its journey to independence. It’s also important to consider the FCA’s shifting stance to much stronger monitoring of the principal-AR relationship and related oversight and control of the ARs. The FCA increasingly wants proof that the principal firm has a full understanding of — and control over — the AR’s activities. With the incubation relationship, this is better demonstrated, since the two firms’ relationship will be much closer. Post-Greensill, the FCA is even more focussed on evidence of proper governance and risk frameworks.  The incubation model — although perhaps initially less appealing in its greater demands on the AR’s controllers — fits far better with the FCA’s requirements, than the simple hosting model.

When considering which route to take, the controllers of the potential AR, therefore, need to determine at the beginning if there is any likelihood of the AR needing to be directly authorised in the future. Whether in the shorter or longer term, if such authorisation is potentially needed, the regulatory incubation route offers stronger support.  It supports ‘career progression’ compared to simply enabling a 9-to-5 job.

It is of course perfectly possible for an AR to achieve direct authorisation without strong support or guidance from its principal, but that would be much more challenging — and time consuming.  Finding a strong principal offering genuine regulatory incubation enables the AR to concentrate on its business while using the principal’s expertise and guidance to develop the strong structure that will enable the firm to grow, flourish and ultimately gain authorisation (without needing to reinvent the wheel of how to do it well).

At this point, it’s of course worth considering whether the AR concept is still the most appropriate route to take at all — especially in the context of the regulatory incubation of an investment management business.  In such a scenario, the client company of the regulatory incubator “principal” (such client company, the ‘clientco’) either seconds its individual portfolio managers to the incubatory principal or provides them as consultants, and those individuals are then registered with the FCA as certified staff of the principal.   A branding name can then be used by the principal to distinguish the specific mandate.  In such cases, there may be no need for an AR providing regulated services such as investment advice, and the clientco may instead simply contract with the principal to provide unregulated “middle office” support.

Alternatively, the client may be an AR marketing fund interests or providing advice on the investment business, either of which is of course a regulated activity.  As and when the clientco determines to seek FCA authorisation in its own right, it then, whether or not an AR, has the branding, infrastructure, and track record in place (either in its firm name, as an AR, or through the individuals who have been acting as portfolio managers within the principal) to move seamlessly to applying for that approval. Furthermore, some principals, in addition to their FCA authorisation, are registered with the US Securities and Exchange Commission (SEC) enabling them to take US investors into their funds without limit.

Assuming, however, that the AR route remains the preferred approach, it is inevitably the case that proper regulatory incubation is likely to cost more than mere “hosting”, during the period that the firm is an AR.  But, as the saying goes, you get what you pay for.  And ultimately, the long-term cost savings are clear — less risk of liability, a strong compliance and risk basis, and a team of well-trained individuals to take the firm to the next level.

Finally, new ARs should consider the regulatory coverage they need from the principal, depending on whether the principal is a MiFID firm or an AIFM. Costs tend to be lower with a MiFID principal, and Sturgeon Ventures partners with investment managers outside the UK (for example in the Cayman Islands) who can perform the role of alternative investment manager cost effectively and outside the jurisdictional reach of the AIFMD.

Finally, if we look beyond the AR’s perspective to the wider industry view, we can see that regulatory incubation and hosting have helped to bolster the UK’s position post-Brexit — by supporting innovative projects, enabling a nimble turnaround in structuring to market, and giving new funds stronger oversight from principals — compared to simply applying for direct authorisation from the start.  The ‘incubation’ approach, provided effectively, helps to ensure the long-term survival of this useful model, as the regulators’ focus continues to sharpen.  Principals can thus help ensure the longer-term survival of this AR model by improving their controls, enhancing their own governance and risk management, and ensuring their ARs are properly monitored and supported — properly incubated, not just hosted, as they go forward.  In an industry where risk and compliance are ever more key, incubation is clearly the model that best protects both the AR, the principal and the future of the model itself.

CRS and economic substance developments in the new compliance culture 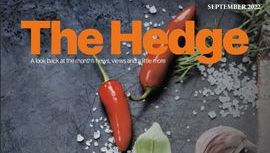 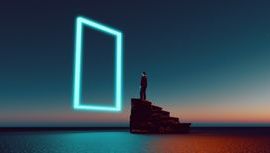 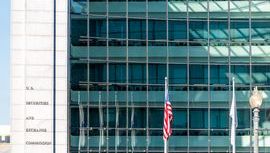